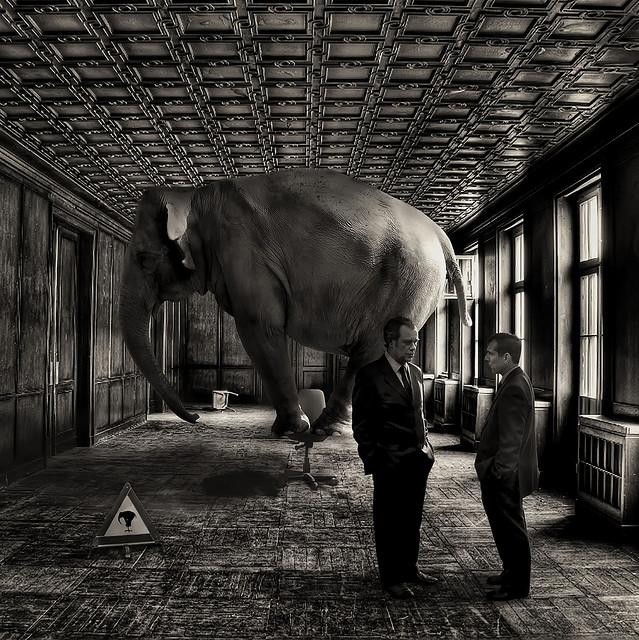 The most interesting ideas come about by questioning assumptions.

In government, Madison, Jefferson, Franklin, and friends questioned whether a government needed a king.

What I’ve found in working with entrepreneurs is that many of their plans include questionable assumptions, and that having the entrepreneurs step back and question those assumptions lead to far better plans, and more viable businesses.

Better yet is when an assumption is brought forward that is not only taken for granted as true, but sits unseen by the masses.  For example, in dozens of discussions with investors and entrepreneurs on the topic of Angel and venture capital investing, the investment thesis was always described as a variant of: huge opportunity, high growth model, and a great team to execute.

The unstated assumption in that model, as described, is that upon successfully executing that high-growth plan, that either the company will be able to IPO, or if not, then some acquirer will be there to provide an “exit”.  Outside of tech, media, consumer packaged goods, and a few other markets, that assumption is not true.  And without it, the investments using structures based on that thesis do not usually make financial sense.

I’ll have more to say about that specific assumption in future posts, and a lot more to say about assumptions about business that are either no longer true, or which have never been true, yet which continue to be taught year in and year out at Harvard, Wharton, Stanford, etc., and which continue to be discussed in the Wall Street Journal, New York Times, on screen on CNBC, at the Federal Reserve, and elsewhere.

Repetition may define the “truth”, but it does not make a fact or idea true.

The right framework can uncover the most hidden of assumptions. For example, the 2021 winter blackouts in Texas. While the politicians and news debate over windmills, natural gas, and deregulation, they are missing the the framework and thus talking trees instead of forest.   The better way to look at this problem is the consequence of a hidden tradeoff we make with all our big, complex...

It’s been a long time since I mentioned my love of long-lived assumptions. This time it isn’t a story of a startup, but a story of an not-uncommon, but no everyday English word, milquetoast. The spelling makes it looks like an old loan Latin word borrowed from French 1,000 years ago. It’s not. It’s a fancy way of spelling “milk toast” a simple breakfast dish...

Entrepreneurs are farmers of ideas.Farmers who are living in a perpetual drought.No matter how well we teach entrepreneurship, the drought creates year after year of failed crops. The fix has little to do with more and better incubators, accelerators, and startups labs. This drought is the lack of capital to support the existing startups. Just as we can’t solve a regional drought by...