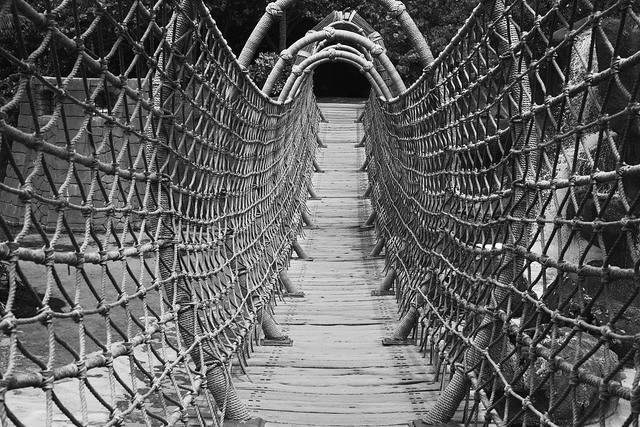 Way back in 1991, Geoffrey Moore’s now seminal Crossing the Chasm taught the startup community how to jump over the chasm between the early adopters and early majority customers.  It’s a great book that I wish I could recommend far more often.

That is a wish rather than a commonplace occurrence as well before that chasm comes another, larger gap.  The “pioneer gap“, also known as the “valley of death“.  This earlier gap is part sales, and part fundraising.  It is the Catch-22 created by needing funding to make enough sales to be “investable” by investors.

From the investors’ point of view, it’s often invisible.  Early-stage investors (a.k.a. Angels) have a ton of choices on where to invest, and logically turn to the deals with more “traction“, a.k.a. sales (or for online apps and media, usage).  Why would any investor take a chance on an unproven idea?

However, from the entrepreneurs’ point of view, this valley of death often seems frustrating, bordering on idiotic.  Isn’t it the purpose of investors to invest in ideas?  Don’t they see that my idea is going to be huge?  It’s the best idea ever!  Don’t they want to make money?

In my role, teaching entrepreneurs the realities of funding, and talking to Angels about dealflow, I see both points of view, and from my perch view this as a poorly designed marketplace.

With a multi-decade view of startup funding, what I see is a repeated pattern where inexperienced investors begin by falling in love with ideas, investing in them early.  With investing experience, investors then move toward deals with more and more traction.  This has happened to the VC community over the past twenty years.  I see this happening now with the Angel community.  And its already happened at TechStars, Y Combinator, and my own accelerator, Fledge.

I have a few ideas I hope to implement in 2016 to help fill this gap.  If anyone reading this has ideas, please share them below.  The startups are literally dying for lack of a bridge over this valley.  We need some innovation in designing that bridge.