The Verge just posted an article about a new film, “General Magic“, the most important company to come out of Silicon Valley that no one’s ever heard of. 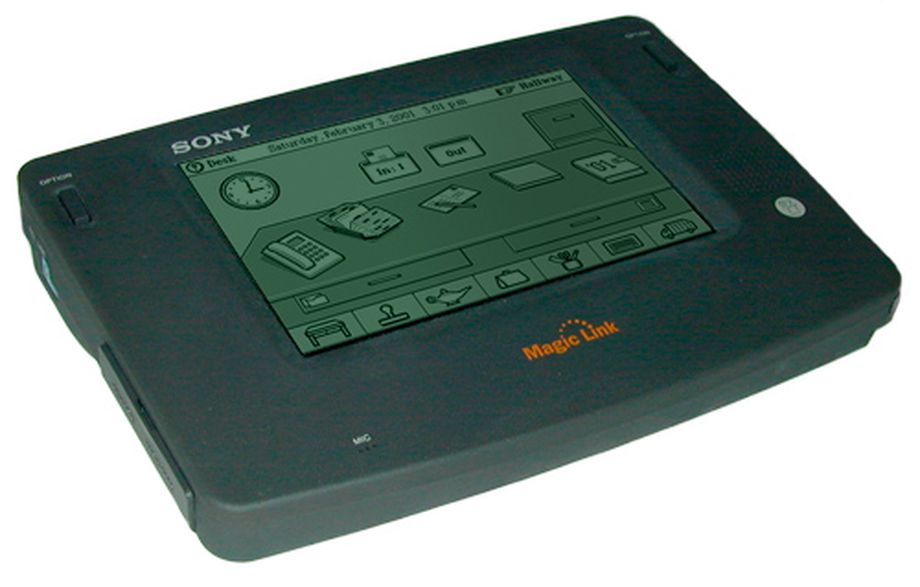 That is a startup that brings back old memories en masse, as it was one of the big platforms that my first startup, Nimble, wrote and sold software.  For those of you who never heard of it (which should be 99.999% of you), General Magic was a spin-off of Apple.  It was a project that pre-dated the Newton but which shipped a year later.  It was a for-profit consortium that included Sony, Motorola, and Panasonic.  It was going to be the next big thing.

But, since you’ve never heard of it, it wasn’t.

It was at the time (1995) the largest tech IPO in history, and one of the milestones that can be said to be the start of the dot-com bubble.  So big an IPO that the company survived for eight more years after no customers bought its products.  Not v1.0.  Not v2.0.  Not the voice-based pivot products after that.

This was a company that employed two of the creators of the Mac: Atkinson and Hertzfeld, plus Tody Fadell (co-inventor of the iPod, iPhone, and Nest), Andy Rubin (inventor of Android), Pierre Omidyar (founder of eBay), Kevin Lynch (CTO of Adobe, now back at Apple), and more.

I describe tablets in the 90’s (at the time we called them pen computers, PDAs, Palm’s, handhelds, and eventually smartphones even though they were far from smart) as being 17 years ahead of time.  The reality is that Apple sold more iPads in its first minute of sales in 2010 than ALL of the devices from the 90’s combined.  That was a key lesson in timing for me, but one that came rather late for my 1992-era startup.

Another lesson from General Magic is that you can’t believe user testing.  Every aspect of the General Magic UI was tested in a lab, with people recruited “off the street”, videoed, analyzed, and optimized.  For years before Sony shipped the first device.  What they failed to learn in all that testing was that no one wanted an $800 device bigger than a paperback book, slower than a 1995 Mac, with a battery that wouldn’t last half a day.

Two years later, Palm showed that people would pay $299 for a device the size of a pack of cards, which felt fast, whose battery lasted for more than a day.  Then Palm learned the services its devices performed were better suited to be part of a Blackberry.  Sometimes timing is not just launching on the right date, but in lasting through the decade of mass market adoption.

That is just a few of the big lessons learned from General Magic.  This was a device at the start of mobile data, where my company earned money writing code that connected it to the paging network.  It launched in the midst of the faxing era, and while the device could send a fax, my company wrote the software to receive faxes.

This was also the very beginning of the mainstream internet.  Amazon was not even a year old when my company built the e-store into the Sony MagicLink and Motorola Envoy, so that customers (tens of thousands of customers!) could buy and download software.  It sounds crazy, but we did that over the built-in dial-up modem that dialed our server over an 800 number (remember those?).

Perhaps another day I’ll share the lessons on handwriting recognition, having a solution before Graffiti on the Palm, and the history of the last invention stolen from Xerox PARC.

Meanwhile, stepping back 23 years to 1995 shows just how much has changed in technology, in communications, and in the world.  It’s highly doubtful the next 23 years will see as much change, but it nonetheless is useful to look back to learn the lessons of history, so that they are not naively repeated in this new century.