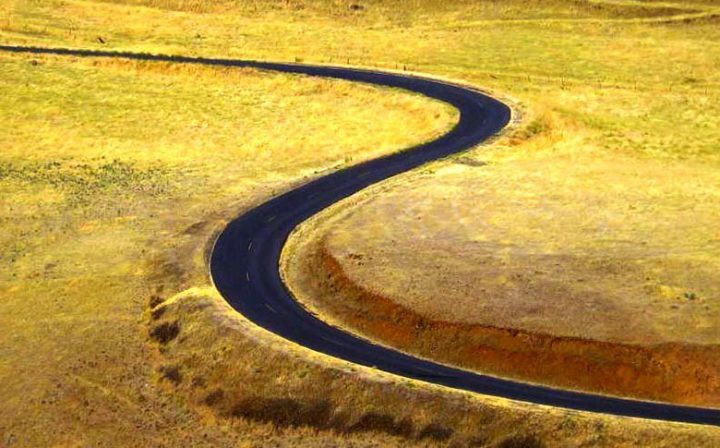 I love uncovering hidden assumptions.  One in particular gets written about every day in one form or another.  The high-speed growth of a handful of startups, of Bitcoin, and other “overnight successes“.

Learn a bit of history, and you’ll discover that the steep adoption curve of any success is really just the middle of the story.  The beginning of the story is the (often long) period of time when no one cares.  The overnight success phenomenon happens because few people ever hear about the idea at the beginning.

But the key piece to remember is that the growth ultimately ends.  It doesn’t instantly stop, but tapers off in a shape that is the opposite of the so-called “hockey stick” that startups investors crave. 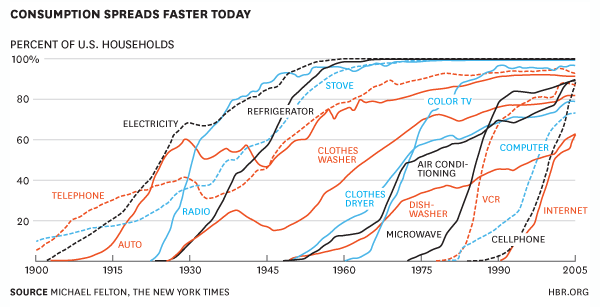 Electricity, automobiles, radio, refrigerators, television, air conditioning, computers, and the internet all had adoption rates with a s-curve shape.  Note that in the above diagram, as well as how the top of that curve starts tapering just under 80%.  That’s the 80:20 rule showing itself.

That above diagram is supposed to also demonstrate how the newer technologies are being adopted at a faster rate.  Seems true, but also note that the Internet took 15 years to reach 60%, and 12 years later is still just 80%.

My take on this reinforces my last post on running out of ideas.  40% of American homes didn’t have a dishwasher.  I can’t imagine there isn’t some invention smaller and less expensive than a dishwasher to help the owners of those homes clean up after meals.  Something that would then be relevant to a billion households who don’t yet have a refrigerator, clothes washing machine, computer, or internet connection.

If you have an idea for that, or an idea to tackle any of the “high-hanging fruit”, @Lunarmobiscuit.