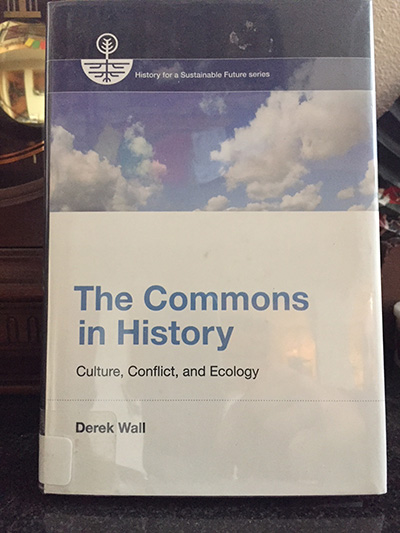 Apparently I’ve misunderstood the “Tragedy of the Commons” and so likely have you.

This is a great example of a meme that is assumed to be both ancient and obvious, but isn’t.  There was an essay entitled “Tragedy of the Commons” written back in 1833, but it was ignored until Garret Hardin published an article in Science in 1968 with the same title.  It’s from there that the popular meme arose, but as too often happens, the theory is assumed correct but is in fact false.

Political scientist Elinor Ostrom won a Nobel Prize in Economics proving it false.  And yet “tragedy of the commons” has 28 million results on Google, and every one on the first page either points to Hardin or re-explains his mythical theory.

What Elinor Ostrom showed in her work was that the local control prevents the tragedy from happening wherever there was commons, whether that be in England, Switzerland, pre-European North America, the Inca Empire, and everywhere else she looked.  Give a shared piece of land to a group of people, and they’ll figure out rules or culture or myths that lead to that land not being ruined for future generations.

My takeaway from this book is that we’ve lost one of the three means of controlling land.  We have private property and public land, but rarely in the 21st Century do we see a third option.  Step back 300 years, and feudal Europe was full of commons, America was mostly commons, South America, Africa, Asia, and Australia.

The book goes into far more detail on how the commons works, how we ended up in the world without commons, how usufruct turned into trespassing, and how some aspects of the commons are present in the World Wide Web and sites like Wikipedia.

What the book misses is that this same 300 year period coincides with the invention and rise of the modern corporation.  Corporations being structures that allow a small group of people to control shared assets.  We don’t talk about corporations as commons, but that is where this third form of ownership has disappeared to.  It moved from a system focused on shared land to a system focused on shared economics (for-profits) or shared mission (non-profits and foundations).

When I picked up this book at the library, I didn’t know it would have anything to do with my work at Fledge.  Fledge just announced the first accelerator for cooperative companies, and the timing is great for discovering that the commons isn’t a tragedy but a structure that worked well for thousands of years.

What other memes are talked about as true which upon reflection are false?