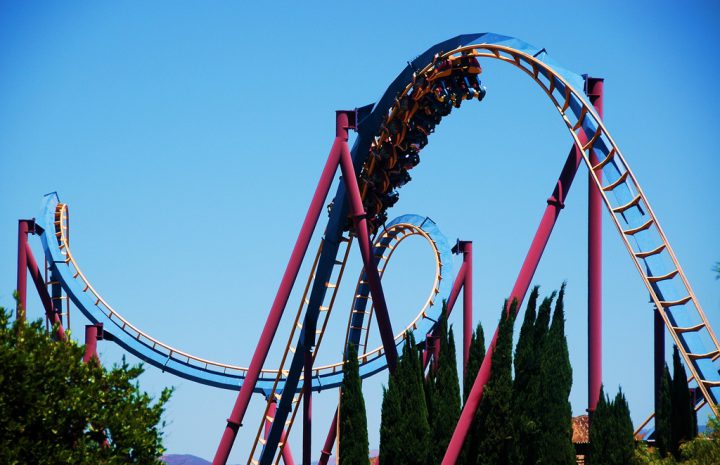 Being an entrepreneur is hard.  The ups and down of startup life are far larger and stronger than most other jobs.  Working with entrepreneurs isn’t much better, as the empathy is almost are wary.

I’ve worked with dozens upon dozens of entrepreneurs at Fledge and dozens more at PGS and elsewhere.  Most handle these stresses in stride.  Sure, they have some sleepless nights and exhaustion, but that is what “stride” looks like for successful entrepreneurs when the downs hit.

The ups are all the same.  Cake and/or drinks.  Maybe a nice celebratory dinner.  Then back to work for the next up or down.

The downs are all different, and unfortunately there isn’t a way to know how anyone is going to handle those before they arrive.  Here are a few patterns I’ve seen:

A- Continued optimism.  Entrepreneurs tend to be optimists.  They tend to have a vision and expect it to happen.  So when the downer arrives, they brush it aside and keep moving forward.

B- Visible frustration.  One fledgling was working with a new venture capitalist on a first round of funding.  Every two weeks the VC would ask for one more thing.  Or they would disappear for two weeks and not answer email.  Months went by with repeated assurances the deal would imminently close.  Nine months went by as I consoled my clearly frustrated fledgling, who just wanted to get going and build a bigger business.  Down after down until finally the VC sent the final email, bailing on the deal altogether.  Luckily Fledge was the planned co-investor, so it was able to get past that huge downer with some immediate capital and a lesson in new venture capitalists.

C- Dogged persistence.  A few fledglings have dealt with issue after issue after issue.  Issues like broken machinery, employees not doing their job, customers not paying on time, landlords selling the building and not renewing leases.  I’ve counseled fledglings who have taken their persistence to the brink, who have told us their wife is threatening to leave, who I’ve had to explicitly remind that family is more important than business.  More often I and the other mentors at Fledge counsel fledglings who keep finding a way to move forward, overcoming the issues, dogged in their persistence until the down turns around.

Then there are the most destructive patterns:

D- The world is wrong.  One fledgling didn’t believe the Realities of Funding.  After a lot of hand holding, I got him far enough through that process to find an investor.  Only then he didn’t listen to the advice of having a good relationship with investors.  When any issue arose, the entrepreneur always thought he was right, never bothering to look at the issue from another perspective, often banging his head against the proverbial wall demanding the world was out to get him.

E- Internal ups and downs.  There was the fledgling who we discovered was bipolar.  Diagnosed and medicated.  I met the entrepreneur on a high and he stayed there throughout the whole program.  He was wonderful.  Soon after the program ended came the low.  Internally generated, not from any outside issue.  No one wanted to be around him, let alone work with him.  The team fell apart and the startup was abandoned.

F- Self destruction.  There was another fledgling who took destruction to the next level.  Not only did he see the world as wrong, but mistook advice for threats.  All optimism gone, all persistence used up, he decided to send angry emails, break contracts, and head down a path where all his chances of success truly are lost.

The world is complex and thus there are probably yet-more patterns to be seen in the future.  Meanwhile, startup life will continue with its ups and downs.  I’ll continue to try and help entrepreneurs avoid those down, and worst case I’ll keep looking for ways to help entrepreneurs keep their cool when the path heads downward.