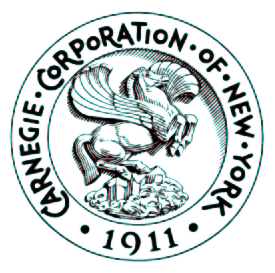 When ideas are 100 years old, we tend to not only not know their origins, but also think of those ideas have been around forever.  So it is with the large, organized philanthropic organizations today known as private foundations.

The first of these was the Carnegie Corporation of New York, established in 1911, by Andrew Carnegie, who invented the idea of giving away one’s fortune.  That idea was simple, earn a fortune, then give it away.

This is the same pattern being followed by Bill Gates, and the pattern he advocates to other billionaires through The Giving Pledge.  Bill’s improvement on the idea is to give away the fortune within the lifetime of the philanthropist.

Either way, note that this concept is barely older than 100 years.  It is far from being around forever, and here in the early 21st Century, it’s an idea quickly being superseded by a much better idea: impact investing.  This is the idea that you can be a capitalist, earning money while at the same time doing good in the world.

I personally see this daily, through my work at Fledge, through investorflow.org, at SOCAP, and elsewhere.

I do expect this idea to be commonplace well before 2199 at the end of this century, and wonder how it might be improved 100 years from now, in the 22nd Century.