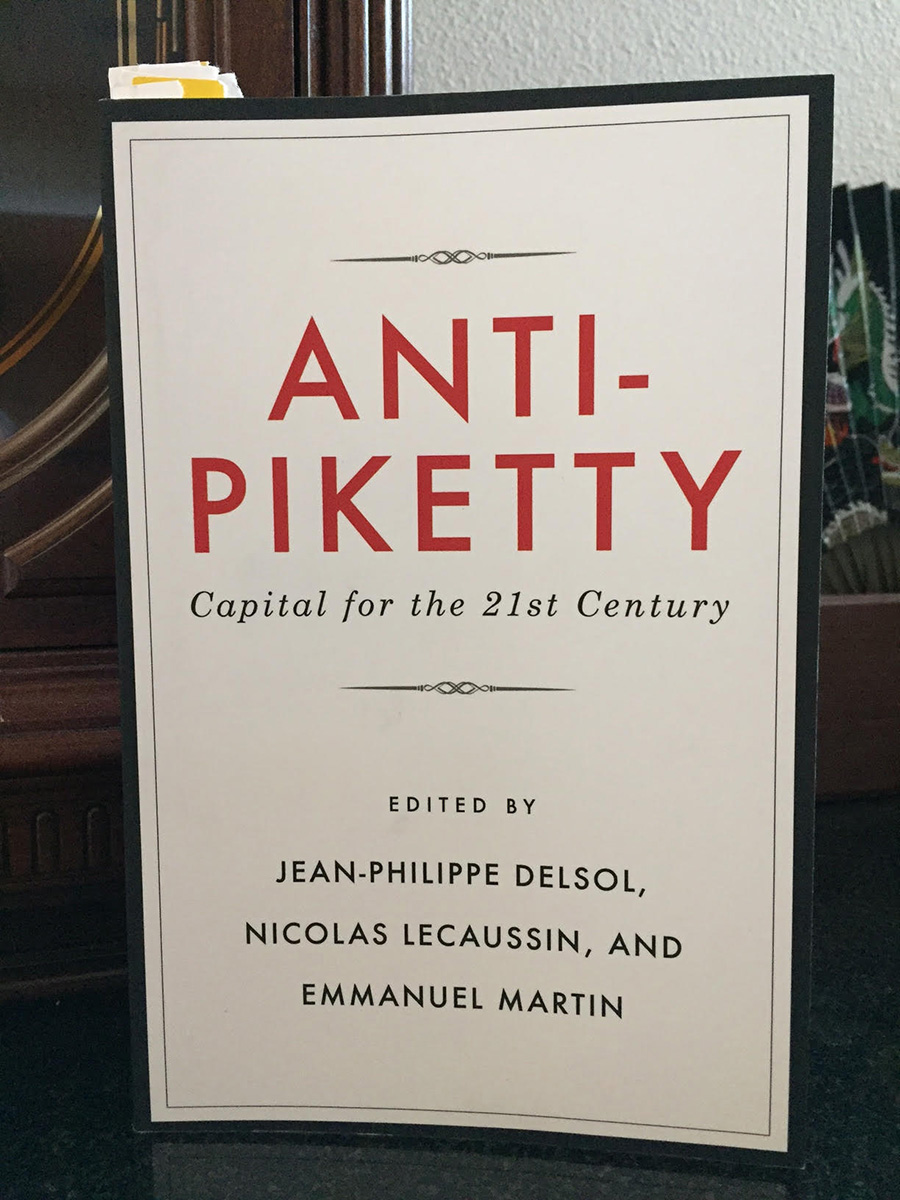 After enjoying most of Capital in the 21st Century I couldn’t pass up reading what is clearly supposed to be a counter-argument: Anti-Picketty.

It’s not one, but twenty-four arguments against Picketty’s conclusions and claims, by more than twenty-four economists and think tankers.  Despite 24 authors, this books is less than a half the length of Capital and despite a lot of arguments about the data, doesn’t contain much data itself.

While some of the authors have good points, far too many seem to be playing academia games, nit picking one claim and from that expecting the reader to then disregard 500 pages of data, claims, and conclusions.  Maybe that is how the dismal science of economics works in academia.  To me it just seemed like the author wanted credit for being part of the book, without doing any of the work to write a useful essay.  Or perhaps half the writers of Anti-Picketty never read all 570 pages of the original and could only argue against the few pages they did read.

Skipping past those chapters, there were some essays with useful information.  Apparently Piketty had his conclusion in mind while preparing the data, choosing from data sources and averaging across data sources to fit that conclusion, rather than trying to objectively gather the data first before making any conclusions.  Maybe the actual data set is a bit sparser than it appears, with Picketty filling in whole decades based on a single year, or interpolating across whole centuries.

Even in these chapters, where the arguments sounded reasonable, what bothered me was that the authors the didn’t do the hard work of producing replacement data.  My favorite part of Capital is the 500 pages of data.  After reading Anti-Piketty, I’m now a bit more wary about the accuracy of that data, but nonetheless, none of these twenty-four economists are willing to do a tenth of the work that Piketty did to prepare his book, so why exactly should I believe the lazy economists?

That all said, one thing I agree with that is repeated over and over in Anti-Piketty is that Piketty’s conclusions are wrong.  An international tax on wealth is both infeasible, and as described by Piketty won’t fix either income inequality nor wealth inequality.  Marxism hasn’t worked anywhere it’s been tried, not even in the minor form that French President Hollande tried and retracted after the popularity of Capital gave him the political capital to pass such a tax.

In the end, we all already knew Capital had flaws.  We really didn’t need 250 pages and two dozen authors to tell us that.  What we do need is for one of those authors to do some real economics, replicate the data set from Capital without replicating Piketty’s flaws, and give us a workable solution to income and wealth inequality.  Or to prove with real data that we’re looking at this all wrong, that something else in economics will blow up the system first, before inequality gets worse.